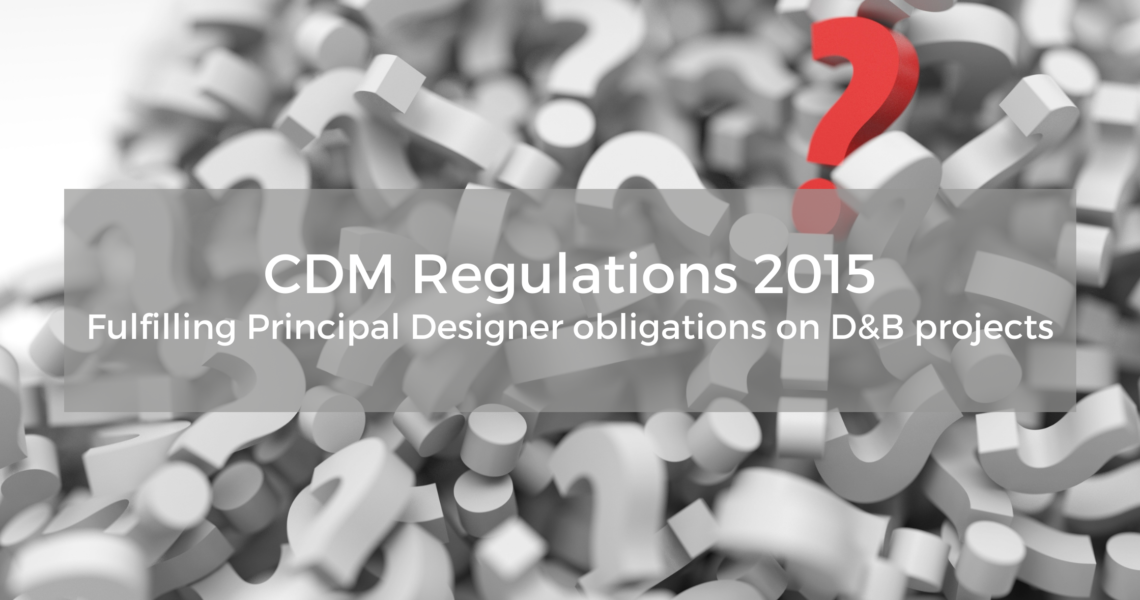 Despite the fact that the Construction (Design and Management) Regulations 2015 (commonly known as CDM Regulations 2015) have been well documented over the six years since their introduction, and are familiar to those working in the construction industry, there is still significant confusion about some issues.

In particular, there is often confusion as to who should fulfil the role of the Principal Designer on design and build projects and when they should be appointed.

With that in mind, let’s get back to basics and work through the answer.

What do the CDM Regulations 2015 deem to be the legal obligation?

It makes sense to start with the most essential point – what is the legal obligation as set out by the CDM Regulations 2015?

Regulation 5 requires the Client to appoint, in writing, “a designer with control over the pre-construction phase as Principal Designer”.

The appointment must be made as soon as practicable, usually around RIBA Stage 2.

Who can be a ‘designer’?

The CDM Regulations 2015 define a ‘designer’ as “as an organisation or individual who:

However, the regulations are sufficiently broad, and a designer can include a quantity surveyor who prepares bills of quantities.

What is the role and duties of the Principal Designer?

Who can act as Principal Designer?

When it comes to the question of who can act as Principal Designer, there is a wealth of articles available discussing the subject. Many commentators suggest the role is best suited to the architect or other lead designer.

However, if the Principal Designer:

they can fulfil the role of Principal Designer even if they are not a member of the project design team, although this might not work particularly well with a different consultant undertaking the lead designer role.

What happens when the Client procures a Design & Build Contractor?

Because the D&B Contractor will need to prepare and modify designs throughout the appointment of design consultants and subcontractors, the Client would typically appoint the contractor to carry out the Principal Designer role.

Whilst there is nothing to prevent the Principal Contractor fulfilling their obligations by using an architect or specialist contractor, they cannot delegate their legal duties and remain responsible for the performance of the Principal Designer role.

Can the initial Principal Designer continue the role after appointment of the D&B Contractor?

In order to offer continuity, there is a strong argument for the initial Principal Designer who controlled the early, pre-construction phase of the project, to continue to fulfil this role after the appointment of the D&B Contractor.

However, after the appointment of the D&B Contractor, the original Principal Designer will no longer have control of the pre-construction stage and therefore cannot fulfil the requirements of the Regulations as cited above.

Can the architect or specialist consultant appointed as Principal Designer be novated to the D&B Contractor?

Under the Regulations, the Principal Designer must be appointed by the Client.

This means that, if an architect’s appointment covers its roles both as architect and as PD, and that appointment is novated to the contractor, the Principal Designer is no longer appointed by the Client.

How can Evolution5 help?

If you would like to discuss the most appropriate way to satisfy your legal obligations under the Construction (Design and Management) Regulations 2015, please get in touch via the contact button below or by calling 023 8040 5073 to speak to a member of the team.

A group of leading professional institutions and industry bodies have come together in a bid to make the Government’s Future Buildings Standard more ambitious.... 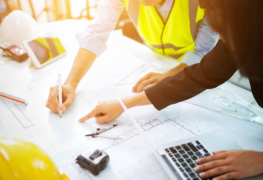 In this comprehensive guide to constrution management for property developers, we explore what construction management is and how to decide if it’s the best...

Your essential guide to the professional service team

Before we dive straight into the professional service team, let’s take a moment to clarify the purpose of a professional consultant when talking about... 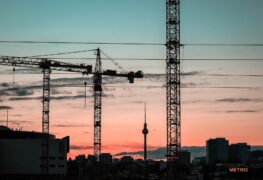