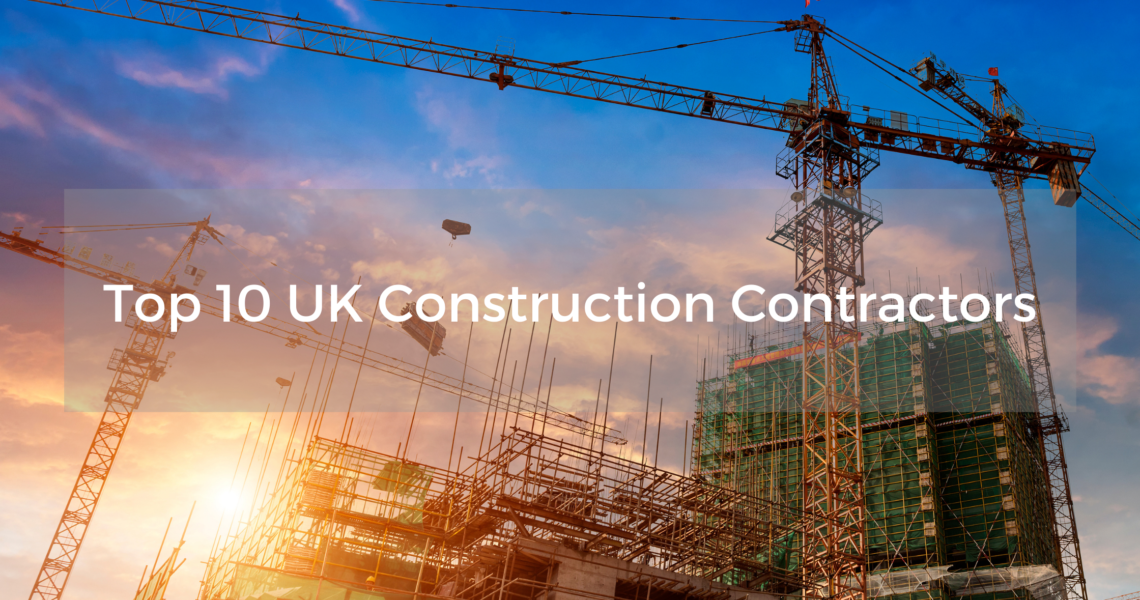 Top 10 Construction Contractors in the UK

Let’s take a close look at the top 10 construction contractor companies and their history, which currently make up a large percentage of the total construction spend in the UK.

The Construction Industry in the United Kingdom creates about £123 billion in buildings and infrastructure every year. This means that it is contributing around 7% of GDP.

Although the top 10 construction contractors have a combined turnover of approximately £33 billion, the industry is extremely diverse and comprises small companies from 2-3 people, right through to the largest companies with more than 26,000 employees.

If you work in construction or are familiar with the industry some of the companies in the top 10 construction contractors will be recognisable.

Without further ado, let’s look at the top 10 construction contractors in the UK.

Balfour Beatty is the leading international infrastructure group. Their turnover for the period ending 2019 was £8.45 billion – almost double that of the 2nd largest construction contractor.

Balfour Beatty finance, develop, build and maintain innovative and efficient infrastructure. They employ around 26,000 people and operate mainly in the UK, Ireland and North America.

Balfour Beatty was founded in 1909 by George Balfour and Andrew Beatty.

Kier Group is a leading provider of construction and infrastructure services, providing specialist design and build capabilities. The group turned over £4.49 billion in 2019 across all its construction subsidiaries. Kier employs around 19,000 people operating mainly in the UK.

Kier was founded in 1928 as a specialist concrete company.

Interserve is a leading UK building, infrastructure, engineering and fit out company. They deliver vital projects across a range of sectors and specialise in design and build capabilities.

The company turned over £3.23 billion in 2019 across all construction activities. Interserve employs over 60,000 people across 230 offices worldwide.

Interserve has recently rebranded to Tilbury Douglas for its construction and engineering services. Interserve has been particularly strong in the healthcare sector delivering over £227 million under the Procure 22 Framework.

Interserve was founded in 1884 as the London and Tilbury Lighterage Company Limited.

The group focuses on affordable housing, urban regeneration and infrastructure and construction investment. Morgan Sindall turnover in 2019 was £3.07 billion. They employ around 6,600 people and operate in the UK.

Morgan Sindall was founded in 1977 by John Morgan and Jack Lovell.

Galliford Try is a leading UK construction group that is working to improve the UK’s built environment and local communities.

The company’s attention is spent in delivering products and services in aviation, infrastructure, and buildings. Galliford Try turned over £2.86 billion in 2019 and employed over 3,000 staff.

Amey is one of the top five support services suppliers for road and rail infrastructure projects in the UK. Although Amey is not strictly a construction contractor, they have been added to the list due to their sheer size in addition to management and investment capabilities.

Based in the UK, Amey has been involved in the delivery of Thames Tideway Tunnel,  Heathrow Airport and National Grid Overhead Line Fittings.

The company was founded 1921 by William Charles Amey.

ISG is a leading specialist in fit out, technology, and construction in five distinct sectors – offices, technology, science and health, hospitality & leisure, and education & public sector.

The company’s turn-over in 2019 was £2.59 billion and marked the significant milestone of being the first time ISG exceeded the £2 billion mark.

Keller Group is a ground engineering specialist that provides technically advanced solutions and services, relating to ground behaviour, to the construction industry.

Keller Group has worked on some landmark projects around the world as well as in the UK. Most notably, Crossrail C310, London Power Tunnels, and South Cliff Stabilisation Scheme in Scarborough.

Keller Group was founded in 1860 by Johann Keller.

Notable projects where Tarmac Trading has made key contributions include Silverstone, Wembley Stadium and The Shard.

Laing O’Rourke is a UK based construction business that funds, designs, manufactures, constructs, and maintains the built environment.

The company is privately owned and operates internationally in Europe, Australasia, and the Middle East.

The company has been responsible for delivering some of the UK’s most notable projects, including The Leadenhall Building in London, London Heathrow Terminal 5 and Ascot Racecourse (main stand).

Laing O’Rourke was founded in 1978 by Ray O’Rourke.

The industry that is building our future

As I mentioned back at the start, the wider construction industry makes a remarkable contribution to the UK’s GDP and delivers a whopping £123 billion in buildings and infrastructure making it an exciting space to work in.

Looking to the future, with an urgent need to be more sustainable and innovative, the opportunity to create a built environment that will leave a lasting and positive impact on the world presents us with a wealth of opportunity.

From our own perspective, writing this article highlighted how many notable projects the team have been involved in during their careers. And how they are now able to bring those industry leading skills and experiences to help our clients.

If you are planning a project and would like to find out more about how Evolution5 can form part of your expert team of consultants, click the button below to get in touch.

This article uses 2019 publicly available accounts as 2020 accounts were not readily available for all these organisations at the time of writing. 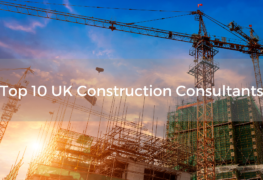 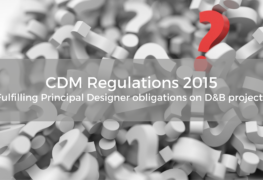 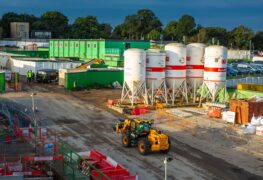 Earlier this month (March 2021) RICS announced that members can use their memberships to apply for Construction Skills Certification Scheme (CSCS) cards. CITB note... 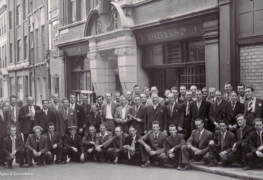 Who is the UK’s oldest construction company?

The history of the construction industry is a fascinating subject. Whilst recently reviewing past projects, the Evolution5 team wondered, “Who is the UK’s oldest...