Who is the UK’s oldest construction company?

The history of the construction industry is a fascinating subject. Whilst recently reviewing past projects, the Evolution5 team wondered, “Who is the UK’s oldest construction company?” and so, as it interested us, we thought we’d share our findings.

Until fairly recently, the UK’s oldest construction firm, and something of an industry institution, was R Durtnell & Sons.

Originating from John and Brian Durtnell in 1591, the company passed hands from father to son, generation after generation, until 1766 when Richard Durtnell (7th generation) took over.

It was a sad industry milestone when, in 2019 the construction industry lost R Durtnell & Sons, hitherto the UK’s oldest construction company.

R Durtnell & Sons was an authority within the British building industry for centuries, which means it was difficult for the industry to see them close their doors in 2019 and was widely considered one of the most monumental losses to construction.

Who is now the UK’s oldest construction company?

Since 2019, the honour of being the UK’s oldest construction company has been bestowed to Sykes & Son Limited*.

Established in 1759, Sykes & Son has evolved from a small specialist contractor into a medium-sized, multi-discipline contractor with an annual turnover of £30m.

Sykes & Son has been restoring, building, refurbishing and maintaining London’s heritage for over 260 years, with some impressive clients to their name, including.

At the time of writing, Sykes & Son employ over 100 staff with an estimated turnover of £30m per annum.

*Our research indicates that Sykes & Son is the oldest UK Construction company still operating. However, if you believe our information to be incorrect, please let us know at enquiries@evolution5.co.uk, and we will review the information and update this post.

Whilst, compared to the two historic companies featured in this article, Evolution5 is a relative newcomer having been established in 2007, we boast a proud track record of working on a variety of projects.

Working alongside many icons of the construction industry has been a pleasure for Evolution5, and projects include working with R Durtnell & Sons on a stunning country house project, prior to their demise.

In addition to bespoke country house builds and renovations, Evolution5 is experienced in working on specialist projects including Grade Listed building, churches, places of worship, ecclesiastical buildings and buildings of historic note.

If you would like to discuss how the team can assist with your own specialist project, please call 023 8040 5073 or get in touch using the button below. 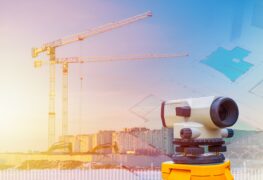 What measurements to use and where?  In this short guide you will learn more about the area definitions and different methods of measuring as... 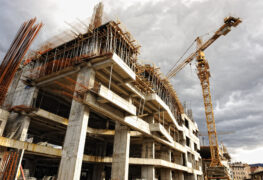 Where are they now? The recent comeback of the Tilbury Douglas name sparked nostalgia in Evolution5’s MD Jamie Barrett. This article is the result... 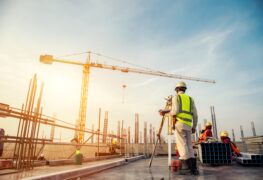 Have you ever wondered who does what and why on a construction project? You’re not alone. In fact, whether you are the client with... 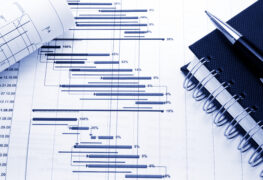 What does a Project Manager do in construction?